Crystal came to us during one of our Sunday afternoon open days and was so terribly thin that several visitors cried just at the sight of her.

She had been spotted at Guadalest, near Benidorm, by a German woman who saved her life by buying her then transporting her to the safety of our rescue centre. She was probably aged around 20 years old.

Crystal actually arrived with her official horse passport and we soon discovered that she is royalty – she has excellent bloodlines and must have once been worth a fortune as a broodmare, but her owners stopped feeding her as the Spanish economic crisis hit.

At first, Crystal was very antisocial. It was like she had shut herself off from the world, which we've seen countless times in rescued horses. When they’ve been so hungry and so badly abused, they seem to engage a survival mechanism. It’s like the curtains are drawn and they shut you out.

We gave her space and just let her be a horse, on her own terms, without forcing anything. And we watched with joy as, over the course of about a year, she gradually opened up into the wonderful character she is now.

Crystal very quickly formed a relationship with Arisco and the two were inseparable until Arisco’s death in April 2014.

Crystal was distraught by Arisco’s death and became terribly depressed – until we put her with Captain. Now the pair are inseparable. Captain and Crystal wander the laneways between our fields by day and come in to the stables together at night. They’re never apart, which shows the deep relationships these animals are capable of forming.

In early 2016, Crystal had to twice undergo surgery for cancer and was also given chemotherapy treatment. We were deeply relieved to see her given the all clear in April 2016.

Crystal eventually considered herself very important on our open days and wanted to meet everybody. She absolutely loved her life and it was wonderful to witness her transformation from the sad, skeletal creature that arrived on an open day.

Sadly, in July 2017 Crystal fell very ill. At first we thought she was suffering a case of laminitis brought on by stress – we'd been allowing 30-year-old Captain free range of our stables as he hadn't been too well either, and Crystal wasn't very happy with her best friend leaving her side!

However, on August 3, things took a major turn for the worse. As Dorothea began considering the fact that Crystal may actually have a rare case of Equine Motor Neurone Disease, her condition rapidly declined. We considered rushing her to the Alicante horse hospital, but she was deteriorating very quickly and it soon became evident she wasn't going to get better.

So, at 3.15pm, we made the difficult decision to end her pain and put her to sleep. Captain was with her and so was auntie Rosie. We think Captain actually knew what was happening – afterwards he and Rosie wandered off together and Rosie has now moved herself into Crystal's stable. 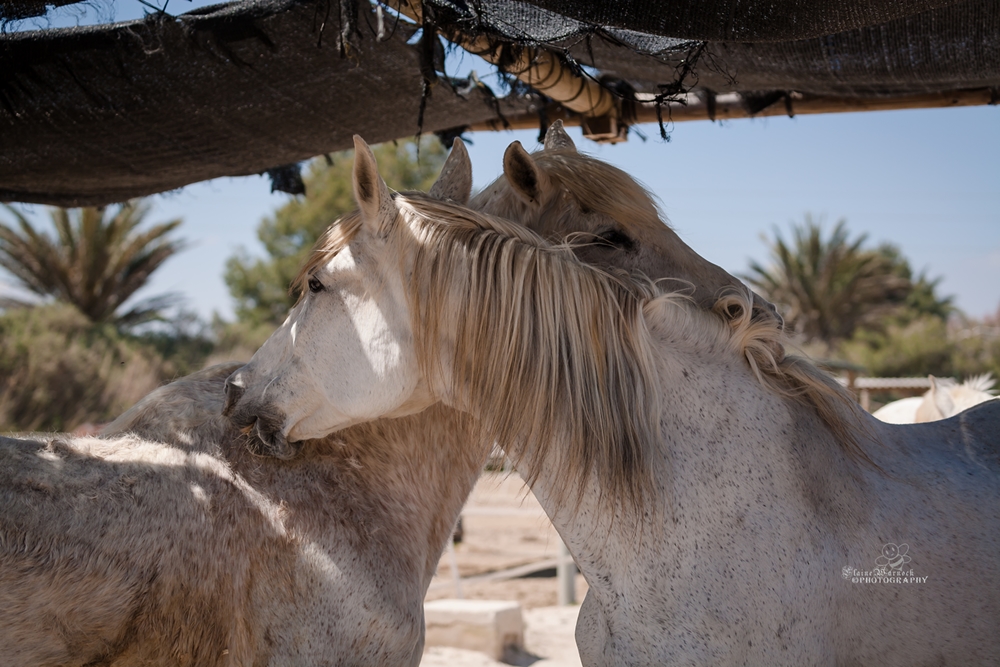 Dorthea took a muscle tissue sample and laboratory results later confirmed she was suffering from equine Motor Neurone Disease, as Dorothea suspected. This is extremely rare and very few cases have ever been reported in Spain.

Though the cause of MND isn't known, we suspect the extreme neglect Crystal suffered before arriving here may have played a part, as we have seen many strange illnesses in our rescued horses before. They might look alright on the outside but the damage has been done on the inside.

We are so happy to have given this wonderful mare four fabulous years of love, kindness and friendship. RIP, Crystal. We will never forget you.

As a non-profit foundation staffed almost entirely by volunteers, we rely on your donations to continue our work to save horses like Crystal, and to cover their ongoing feeding and care costs. Find out how you can help here.