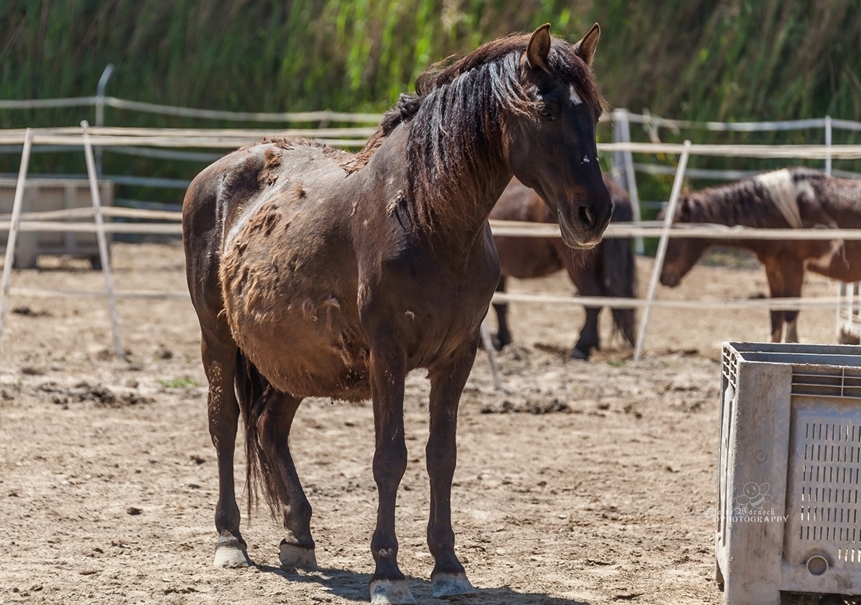 Pregnant Sophia was found tied to a tree in a small orange grove behind an industrial estate, left with no food or water and very little shelter from the blazing Spanish sun.

Armed Almoradí police officers had taken us to the scene to rescue two miniature ponies, urging us to hurry as it was a dangerous situation – we needed to get the ponies out quickly before their owners returned.

We found the minis, who we later named Napoleon and Nelson, in an absolutely horrendous state of starvation. What’s more, across a narrow pathway we unexpectedly found another two starving horses tied up – young Jacob and his mum Sophia, already pregnant with another foal.

This gentle mare was about 15 years old when rescued and had almost certainly been kept permanently in foal, never able to regain weight or recover properly between each pregnancy.

Concerned about repercussions, police advised us to place Nelson, Napoleon, Sophia and Jacob in hiding for several months until they gained enough weight to be less recognisable. Kind volunteers housed them all until, eventually, we brought the minis and Sophia back home. (Jacob was rehomed to a kind couple in Murcia.) 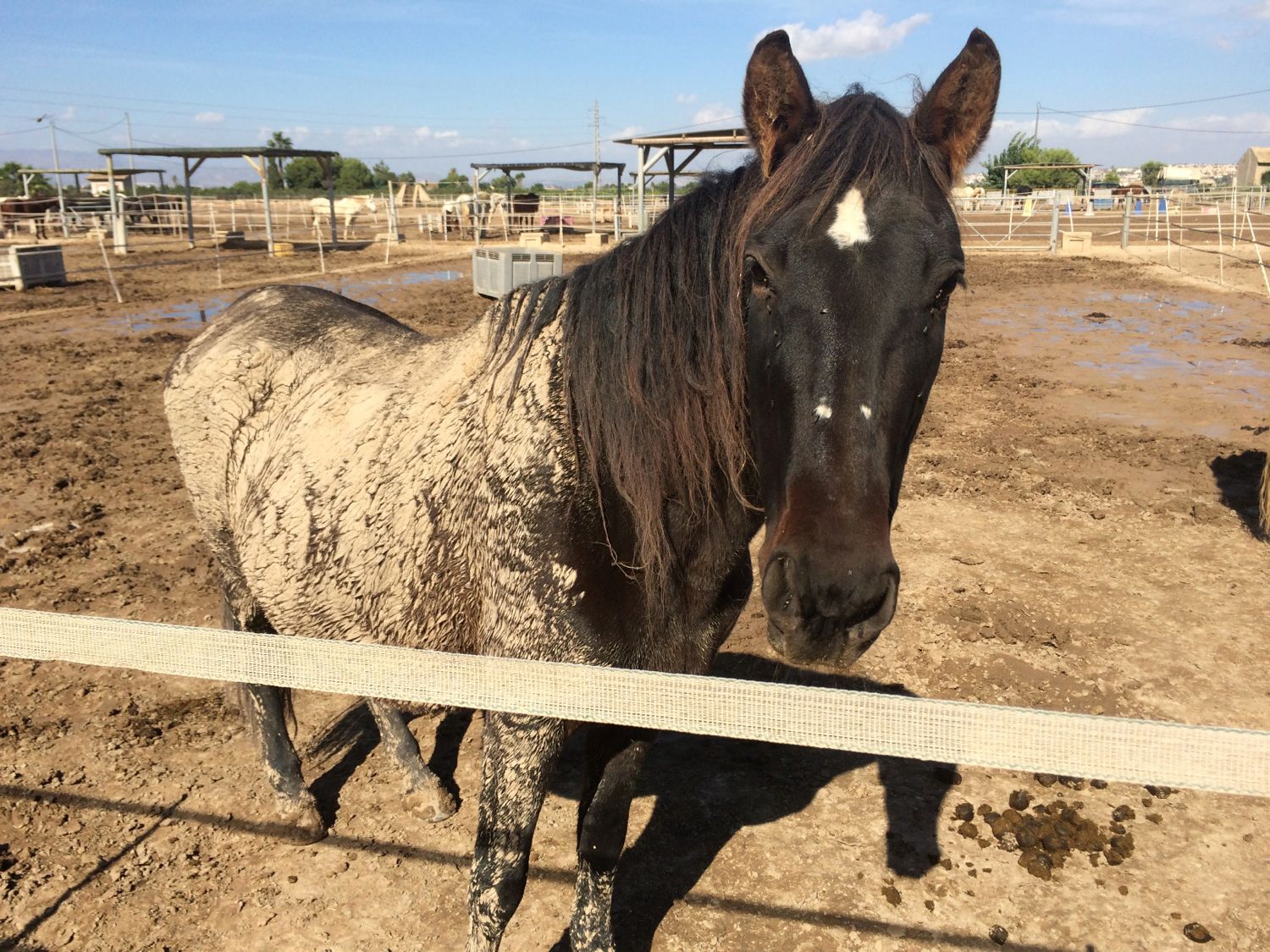 Back at our rescue centre, Sophia gradually gained weight as she grew ever closer to giving birth.

We experienced a few tense weeks in April 2011, when Sophia contracted an infection in her uterus, which could potentially have killed her foal in utero. Luckily, our equine veterinarian realised quickly and administered antibiotics immediately, and within a few weeks Sophia’s pregnancy was back on track again.

Then, at about 6.30pm on July 16, 2011, the big moment came. Sophia gave birth to a healthy filly out in the field, a beautiful surprise as normally mares give birth at night when nobody is around. 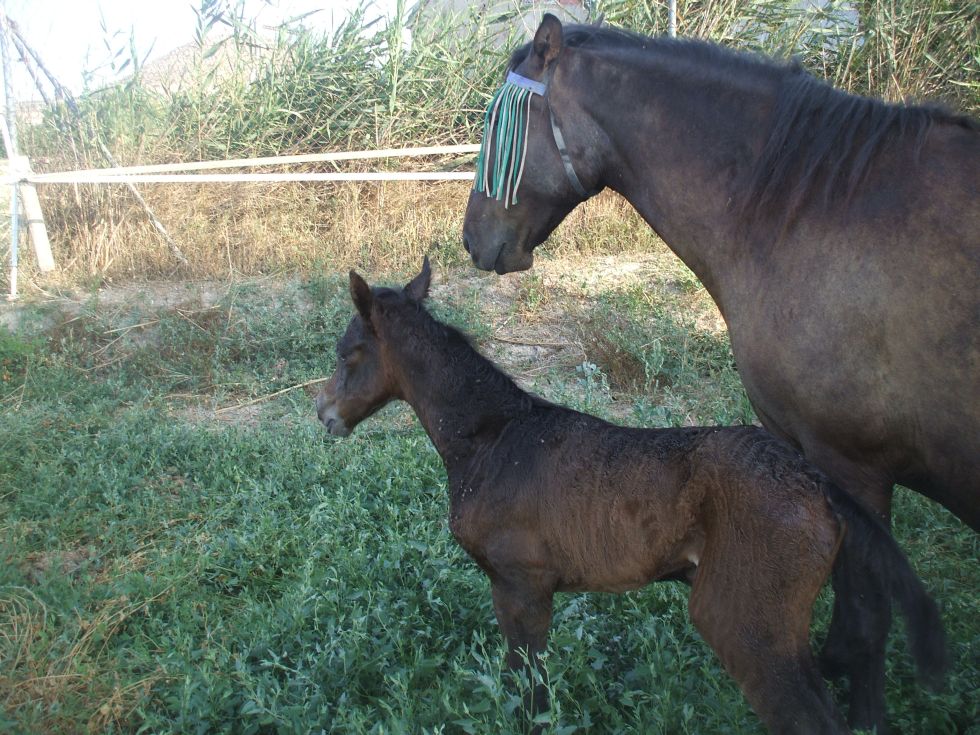 We named the filly Katy-Rose and she is an exact replica of her mother in every way. Katy-Rose still lives with her mum today, along with Bronson and Harry Trotter.

As a non-profit foundation staffed almost entirely by volunteers, we rely on your donations to continue our work to save horses like Sophia, and to cover their ongoing feeding and care costs. Find out how you can help here.