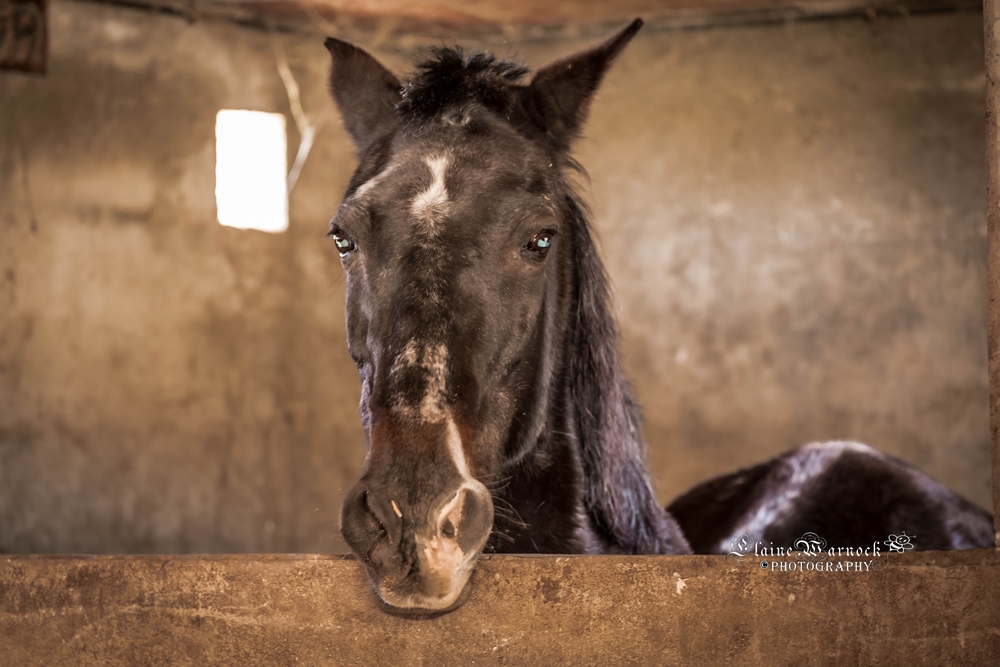 Beauty was found in the worst possible circumstances, literally being beaten by a group of thugs. Rescued by San Javier police, it was clear this skeletal and scarred old girl had suffered a lifetime of abuse.

Although police in our local area are increasingly trying hard to protect animals, they simply don’t have any official facilities to house large seized animals. Officers temporarily brought the old mare to a municipal vehicle depot, but they obviously couldn't keep her there. 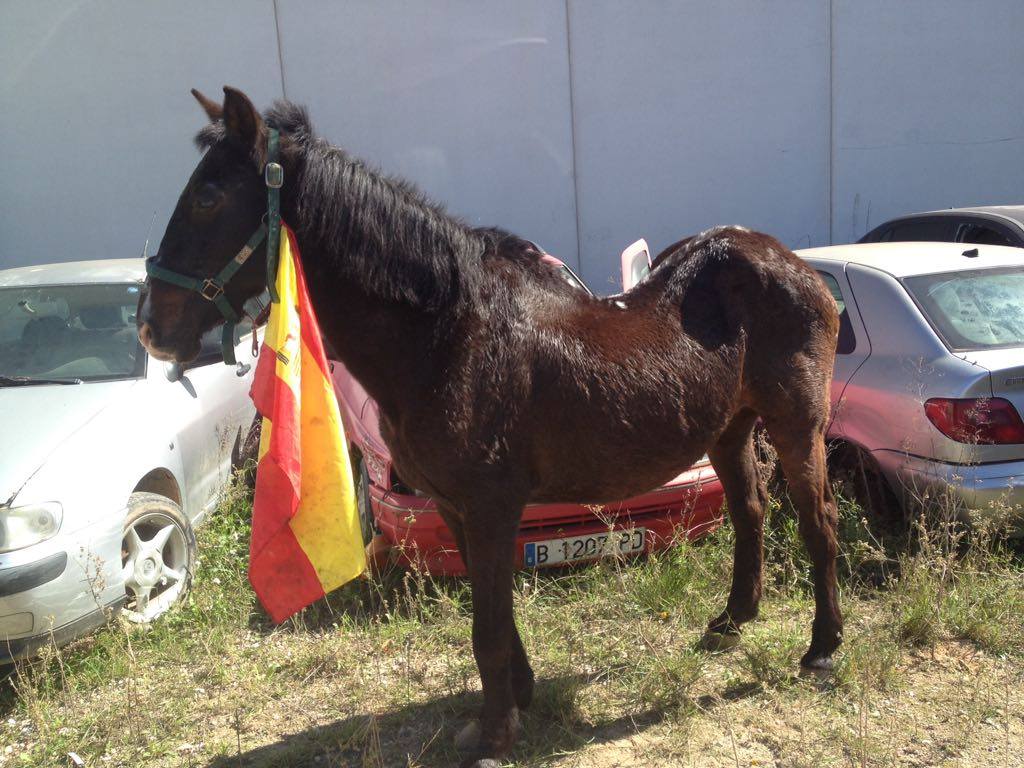 Our centre was the only option for her – without us, she would simply have been put to sleep. How on earth could we have said “no” to saving this poor old soul? We decided to name her Beauty, because she’s surely never been told that she’s beautiful.

Aged at least 20 when rescued, Beauty had numerous severe health conditions. Horrendous spinal scars across her back were likely caused by an ill-fitting saddle and her spine is deformed, indicating she was ridden very hard from a very young age.

Her suspensory ligaments had also lost their elasticity and were slowly collapsing down. Beauty urgently needed to have her feet trimmed and will probably need lifelong specialist shoes to relieve her old legs. 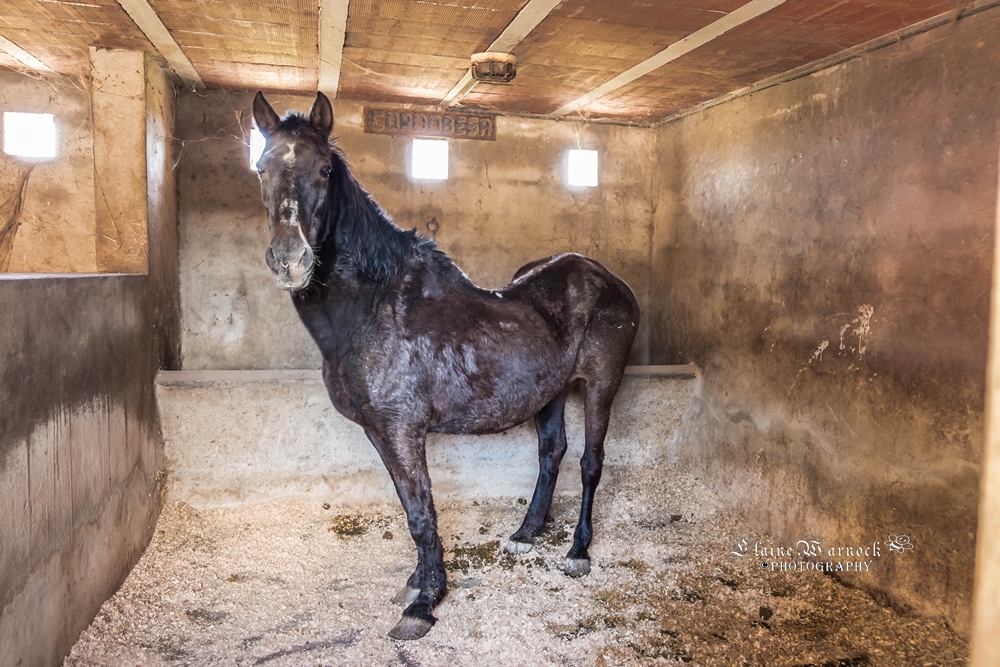 Despite her health issues, Beauty quickly settled in at our centre. She was at first rather nervous around people, but quickly grew in confidence and began to look brighter.

As she grew stronger, we introduced her to Tamarisk, another broken down and skeletal mare we rescued just a month before Beauty. The two were stabled side-by-side as they gained crucial weight, and quickly became the best of friends.

By April 2018, it was time to turn Beauty and Tamarisk out for the first time. We chose a small field to help protect Beauty's weak suspensory ligaments, but one with plenty of sandy dirt so they could enjoy a good roll. It was a complete success! The two mares now enjoy an outdoor life during the day and go back into our stables for the night.

We're so happy the nightmare is over for old Beauty. She'll now have a quiet retirement – we call her our centre’s official grandma – and will spend the rest of her life surrounded by love and care.

As a non-profit foundation staffed almost entirely by volunteers, we rely on your donations to continue our work to save horses like Beauty, and to cover their ongoing feeding and care costs. Find out how you can help here.

As a subscriber, you'll get our newsflashes directly in your mailbox. As a thanks for your support, we'll send you a free downloadable wallpaper for your desktop or phone, featuring our most famous equines as illustrated by Alicante-based French artist Cha.